Gerardo was charged with Driving While Impaired in Charlotte, North Carolina.  This case presented a real challenge, as our client faced a common issue for many in our city.  Gerardo is not a U.S. citizen; he legally resides here under the DACA program.  Under the DACA program, you must renew your status every two years.  A DWI conviction will result in the loss of your DACA status.

Gerardo had a difficult case.  He was sitting at a stop light early one morning in Charlotte.  A CMPD officer was in front of my client at the stop light and noticed Gerardo forgot to turn on his headlights.  The officer got out of his patrol car and motioned for my client to turn on his lights.  Gerardo simply panicked.  He pulled around the patrol car, through the stop light, and proceeded.  The CMPD officer initiated a traffic stop.  Subsequently, the officer initiated a DWI investigation.  My client subsequently submitted to one intoxilyzer test upon arrest (a .20) and refused a second test.  Therefore, he was noted to have refused the intoxilyzer test.  (As a side note, the State may offer the first reading into evidence, while the Defendant also suffers the consequences of the refusal.)

I obtain and carefully examine all evidence in every case to prepare the best possible defense for my client.  In Gerardo's case, I determined the officer started the intoxilyzer testing a few minutes too soon.  I explained the policies to my client regarding the intoxilyzer.  We also discussed the other evidence in his case to allow him to make an informed decision regarding his defense.  After careful consideration, I made a motion to suppress the breath test (intoxilyzer).  I presented the Judge the controlling statutory authority and case law regarding the issue.  The Court ruled in Gerardo's favor, dismissing the case.

This result was extremely important for my client.  He has no prior criminal history of any kind.  He works very hard at two respectable jobs.  As a result of this disposition, my client's status should not be affected by this charge.  I was very pleased the Court made the proper ruling based upon the controlling statute and caselaw. 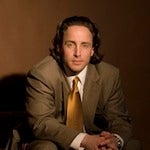